Isn't it Great when Tourism Matters?

The detail, planning and implementation of the Homecoming Scotland feast may raise issues in my mind but as said in previous posts the concept remains and whilst not spot on pretty close to the mark. The theory would be that pulling at heart strings is a strong motivator in isolation for a tourism purchase. Add to the ancestral emotions a series of high profile events and you have a potent mix.

Over the past couple of weeks we have seen that very much in practice both with the help of PR Scotland and without.

The Gathering was the showcase event. It was aimed to bring together anything up to 100,000 visitors to Scotland for a coming together of chiefs and clans. As a showcase event it had to work or at least be seen to work and didn't you just notice that the government had pulled out all the stops to make sure the publicity machine was churning out the right messages and images ahead during and after. Now that's actually not intended to be as critical as it sounds but it will probably emphasise a later point - positive PR messages, and lots of them, is the oxygen that Scottish Tourism needs and therefore it's not fair to call for it and then cynically knock it when those in power actually give the industry some airtime. 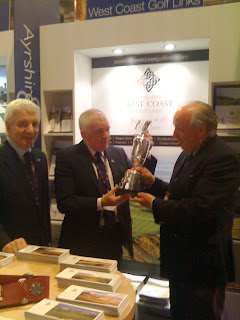 If the Homecoming achieved political ends then so be it; that's the way of the world and it would be churlish to turn down the promotional benefits to Scottish Tourism on that basis.

So the positive is that "international events" create publicity for the destination and that destination was Scotland. Sure it was hosted in Edinburgh but the PR message going out was Scottish. That is the role of destination marketing and the message was broadcast clearly and received well worldwide for a single reason.

The common purpose had been recognised and the key bodies worked together to achieve the public aim.

This was backed up in a piece written by Peter Lederer in The Sunday Herald on the weekend of The Gathering. The first few paragraphs highlighted the [unqualified - my word] success of Homecoming 2009 and made me worry that this was going to be about drum beating. It wasn't. The rest of the article made the point clearly that change must happen in the industry for success to come.

He said, "We have shown ourselves to be a nation of innovators, with a natural propensity to warm hospitality. And the loyalty that this country attracts from its diaspora is second to none. But like any other assets in any other sector, these strengths must be developed, marketed and delivered above and beyond the customers' expectations. Are we meeting these?
Despite all the progress of recent years, I am not satisfied that we are."

Succinctly he noted the positives - "iconic locations and facilities" - while focussing on the shortcomings with Scotland needing a "more commercial approach and...higher standards, better training and - most critically - by an approach that eschews bureaucracy, eliminates duplication and increases efficiency and the pace of activity."

This paragraph is perhaps the most telling of all and it is one that many in the industry have been calling for. Actually that's not fair, screaming for, over an extended period. Those involved in the sector know the public sector bureaucracy involved is nothing short of criminal. Has anyone tried to secure Growth Funding recently? It can hardly be described as increasing efficiency and pace of activity that's for sure.

He the goes on to emphasise the need for greater joined up thinking and the requirement
"to start marketing Scotland as a whole and not confuse visitors by splicing and dicing all we have to offer."

Unfortunately, this fragmentation has been done pretty much under Peter's watch albeit not by design. The restructuring and abolition of the tourist boards gave a great opportunity to centralise functions such as finance, personnel, and administration and empower the regions to work freely on establishing regional promotional plans under a national tourism marketing strategy. The cynics feared increased power and centralised planning to the core and a diminution of local input. It cannot therefore be a surprise to the management team at VisitScotland that this perceived outcome has lead to a plethora of fragmented DMO's with the M supposedly meaning "management" but in reality being substituted for "marketing".
VisitScotland and successive Tourism Ministers created the monster that Peter Lederer now apparently agrees has to be slain "with all agencies, government, and industry pulling in the same direction".

He calls rightly for a single focus from those bodies on growing tourism and on marketing and for the industry to take responsibility for its survival and growth with a re-evaluation of the public sector role. He recognises that "VisitScotland is not exempt from these changes and is committed to continuing to improve its partnership working as well."

He finishes with Homecoming Scotland and he states that it "has brought the practicalities of partnership working into sharp focus. Well co-ordinated at every level of government, it has won support from communities across the country. The combination of great marketing, great quality and great people is how we will create success."

And it is a point well made and emphasises why Homecoming Scotland may just have a legacy greater than the sum of its loosely tied events.

Homecoming Scotland in areas of partnership and collaboration has shown what is actually achievable. It has emphasised equally what can go wrong and there are a plethora of examples of publically funded events in the category of we can do it better than then on our own. That mentality must be overcome.

In restructuring the ATB structure the key principle was Scotland is better marketed together. That is an undeniable fact. If there is any public sector role in tourism is it in the area of Destination Marketing, create the image and awareness, generate the interest and desire and leave the action to the operators. The public sector fails in areas of event creation, it arguably fails in the distribution of financial support and grants with monies going often to those who know how to get it rather than projects needing it.

How Team Scotland now deals with its fragmented communications structure is actually probably easier than it may seem but requires Peter to use Homecoming's lessons to good use and at a pace far ahead of anything that this sector is used to.

Goals Down Plans Up is a simple strategic planning process but one that fails so often for want of structure. Structure is key to implementation and the fragmented nature of the already loose industry makes the challenge difficult but not insurmountable. Tourism purchase decisions are driven by a host of external factors but Scotland can still provide a consistent destination marketing message to which we can all subscribe - councils, Enterprise bodies, DMO's, sectoral organisations and private unaligned operators.

Peter Lederer is a very smart operator and he knows the big issues and strategically over the past twenty four months in particular the move to smarter market focussed working has been marked. The destination marketing message, the segmentation processes, the overseas partnerships, the general professionalism on the whole deserves genuine plaudits. But for all the praise aimed at the higher level strategic gains, there must be realistic acceptance, even criticism, of the vaccuum left around Scotland and the consequences of that open space.

I can only imagine the content of an action meeting with Peter Lederer and Jim Mather but I am actually pretty confident that the outcomes could be dynamite. Mr Lederer finishes his article thus, "The prize to be achieved, for each of those 20,000 businesses, is increased growth for Scotland. That is a goal we can unite behind."

What complete and utter drivel.
People will always visit Scotland for its natural and historical attributes.
Return visits can be easily discouraged by over commercialization and hard sell.

A typical "lets sit back and wait for them to arrive" type attitude. Cant be coming from anyone in the business of tourism. There are plenty of countires out there who have "natural and historical" attributes who are all after the same type of visitors its up to us through varying degrees of commercialisation and hard sell to try and make sure these people who have a choice of where to spend their £€$ spend it here.

The second point is correct. We cannot sit back and wait for people to come to Scotland.

The various Scottish tourist organisations have to speak with one voice, cut out the redtape and lets put on a united front in trying to get the tourists into this country.

The budget airline doesn't care (see previous article) and there are lots of them in Europe and the world now. Not all coming to Scotland. So why should any tourist come to Scotland if, Ireland, England, Wales, Holland, Sweden etc are all saying, "Welcome".

Anonymous 1, this is a competitive world, not just when it comes to consumables but also destinations!

Jim Mather? I was at two of his "death by mind mapping" tourism sessions well over a year ago and stil waiting for the report. Obviously he was too tied up with homecoming