As those of us who tour around Scotland on business it is all too true that for the visitor, even those on a short break, the journey is indeed part of the holiday. I drove down recently to Crinan Hotel and getting there in the late evening was almost as much fun as arriving at the destination

And it could be about to get a little bit better thanks to a new scheme to make the Scottish landscape more accessible – to visitors and Scots alike. The Scottish Scenic Routes initiative aims to capitalise on the fact that many of Scotland’s roads offer the ideal vantage point to admire the nation’s spectacular scenery. 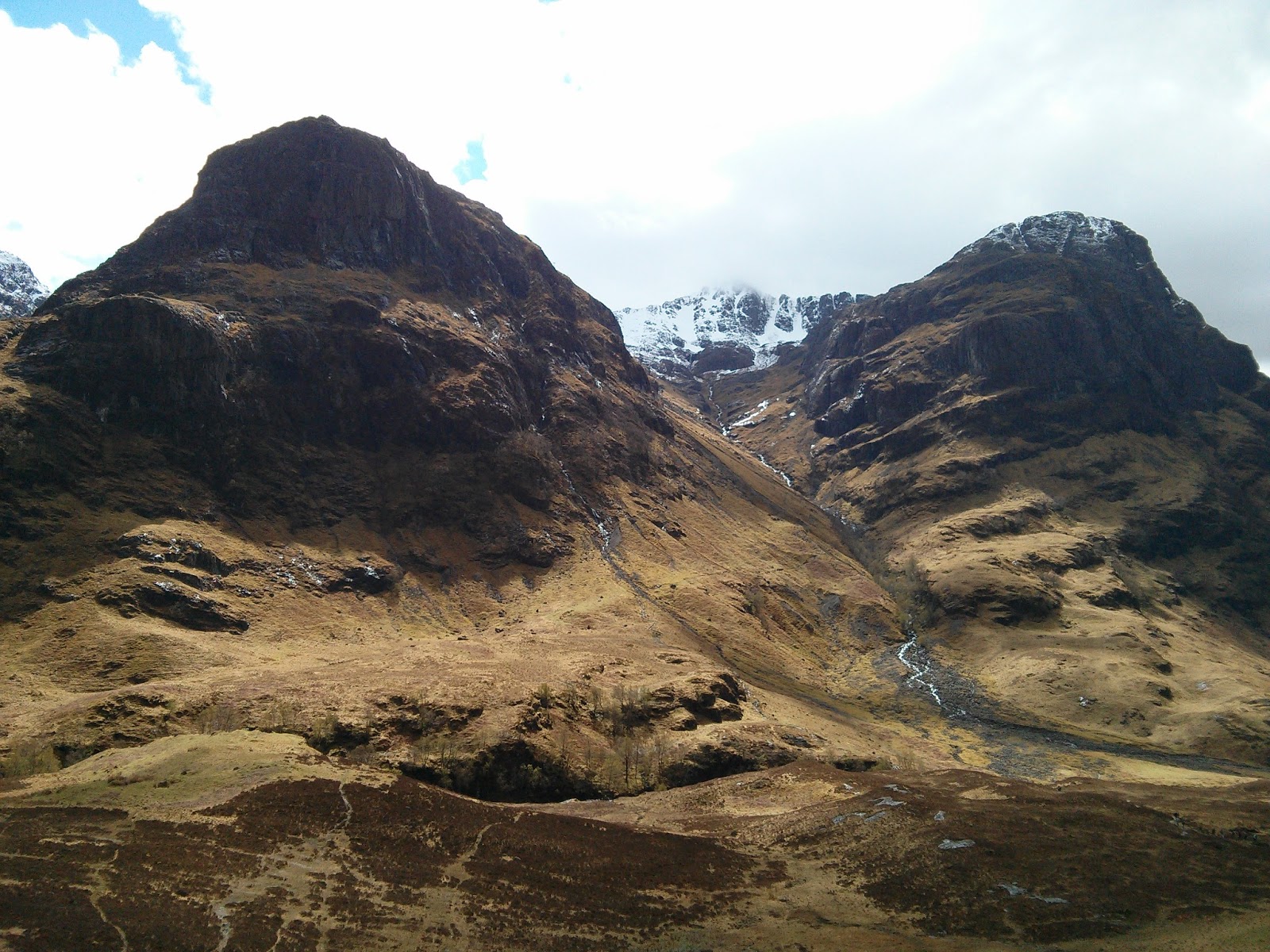 The project has received £500,000, as part of the £205 million package of measures announced by the Scottish Government to support jobs and growth in Scotland.

Uniquely designed viewing platforms and viewpoints will be created at the roadside of our most scenic routes, such as the A82, to significantly improve the journey experience by creating new places to stop and enjoy Scotland’s landscapes.

Inspired by Norway’s spectacular viewpoints success story, Scotland plans to achieve a range of economic and cultural benefits by:
Other projects to support this initiative are already underway, such as roadside scrub tree clearance to open up spectacular views of Loch Lomond from the A82 through Loch Lomond and The Trossachs National Park. It is also anticipated this pilot project will include a location out with the Loch Lomond and The Trossachs National Park.

Rural Affairs Secretary Richard Lochhead said, “Scotland has some of the most fantastic landscapes and a high quality environment that is widely appreciated by visitors from home and abroad. We want to provide them with more engaging opportunities to fully appreciate what our great countryside has to offer.

During my recent visit to Norway, I heard of the many economic benefits of their National Tourist Routes project and believe we can build on that and do even better. I am very encouraged that some organisations are already keen to become involved and I have been delighted to receive joint proposals from Scottish Canals and Loch Lomond and The Trossachs National Park suggesting how to get this national initiative underway.

The future projects will create exciting opportunities and new jobs, support and showcase Scottish design talent, and also have a long lasting effect in supporting our tourism industry, putting our spectacular scenic routes more firmly on the international visitor map. This is only a start, but I am confident that, in time, we can benefit from even better image and reputation of Scotland’s stunning countryside.”

Ewan Anderson, Partner, 7N Architects, said.,  "From the moment we first heard about the Norwegian experience we recognised the opportunities inherent in the development of Scotland's tourist routes. We are delighted our own input to developing this new strategy has contributed to an initiative that can produce a positive transformation in the way Scotland’s citizens and visitors view the country's architecture and natural landscape. It is significant that the project is being launched within the Year of Natural Scotland. The pilot projects have the capacity to deliver a tangible legacy from this celebratory event and present a real opportunity to utilise the talents of Scotland’s emerging architects and designers.”
Posted by Ian McCaig at 16:43 No comments:

Email ThisBlogThis!Share to TwitterShare to FacebookShare to Pinterest
Labels: route promotion scotland, scottish tourism funding
An interesting article on what travellers in The States see as making up good website content. These things are always highly subjective but this doesn't make this any the less interesting for that.

The article titled, "Does your website reflect what the market really wants?" was published on 19 Jun, 2013 by Peter C. Yesawich in Hotel and Motel Management

"What features and functions do travelers truly value in websites that promote the sale of travel services? The answers may surprise you.

According to the MMGY Global 2013 Portrait of American Travelers, three of the five most desirable website features relate to the price/value of travel services: “The ability to check the lowest available fares/rates” (83 percent), “a lowest price/rate guarantee”(80 percent), and “the ability to compare the fares/rates of multiple suppliers” (73 percent). Visual portrayals of the product/experience also make the top five: “Photos of the hotel and resort facilities” (78 percent). Convenience is also cited as a very desirable attribute: “Having an easy-to-use booking feature” (74 percent).

Other visual content attributes cluster in the second tier of preference, cited by roughly seven out of ten travelers who plan/book online. These include “photos of the area” (73 percent) and “the ability to preview room locations” (68 percent).

The “ability to check last minute air, hotel and car-rental availability” is valued by two thirds (62 percent) of leisure travelers who plan/book online, as is the “ability to download coupons for savings” (58 percent).

User-generated reviews that feature commentary from travelers who have had a personal experience with a specific travel service supplier are valued by just over half (51 percent) of all travelers.

Three out of ten (30 percent) cite mobile apps and social functions such as the ability to share photos and personal experiences (28 percent). Links to the leading social media sites (Facebook, Twitter, etc.) are cited by just one out of four.

Travelers who use the Internet to obtain travel information and/or make reservations are generally less likely to consider several website attributes very/extremely desirable today versus just two years ago. The attributes for which the greatest differences (>10 percent) have been observed include: 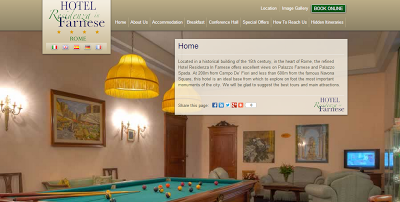 Fergus Ewing, Minister for Energy, Enterprise and Tourism, is helping to launch a £40,000 prize this week designed to encourage businesses to work collaboratively.

Scotland’s 578 co-operative businesses already play a major role in driving economic growth. They have a combined turnover of £4bn and employ 28,600 people.

The aim is to encourage businesses to consider collaboration and pitch their idea for a new consortium co-operative. This year the focus is on three key sectors of the Scottish economy namely: food and drink, tourism and the creative industries.

Evidence from across Europe shows collaboration increases productivity, innovation and growth. It also delivers intangible benefits to firms such as increasing their influence and confidence.

Minister for Energy, Enterprise and Tourism, Fergus Ewing, said: “The 250-year-old roots of the co-operative movement can be traced here to Scotland. Its principles of economic vitality and social responsibility resonate with the ambitions of this government and are perhaps more relevant today than ever before.

“The Scottish Government is committed to ensuring that all of Scotland’s people are able to benefit from the gifts that come from sustainable economic growth. As such I am delighted to support CDS in its Collaboration Prize this year – an exercise that will encourage our home grown talent to think about working together to succeed on the world stage.”

Sarah Deas, chief executive of Co-operative Development Scotland, said: “After the success of the 2012 Collaboration Prize we have increased the level of support to £40,000. In an ever more global economy, collaboration offers our many SMEs the opportunity to increase their capacity and in turn help deliver sustainable growth to Scotland.

“This year we want to boost collaboration in key sectors of the Scottish economy namely food and drink, tourism and the creative industries. So we welcome on-board our partners Scotland Food and Drink, Scottish Tourism Alliance and Creative Scotland. The consortium business model makes companies more productive, innovative and ultimately successful.”

Music Co-OPERAtive Scotland brings together the members of the Orchestra of Scottish Opera in an artistic collaboration to explore new markets for classical music at home and overseas.

Katie Hull, from Music Co-OPERAtive Scotland, said: “In 2011 members with the Orchestra of Scottish Opera moved from working on a full-time to a part-time basis. Forming a consortium co-operative gives people a one stop shop for our musical services.

"We have been able to market ourselves as a full orchestra for hire and cater for a range of different events. It’s been an amazing year for us since we won the prize and we’re aiming for bigger and better things. We would encourage companies to consider the collaborative approach.”
Posted by Ian McCaig at 14:46 No comments: